For those who have been watching the evolution of Google’s local search pack that sits above organic results on a typical S.E.R.P. page, there may be another seismic shift on the near-horizon. Over the years we have seen that crucial bit of contested digital real estate devolve from a 10 pack to a 7 pack to a 3 pack, but things may be changing. Google has been rolling out a new test phase for displaying the “local pack” in the U.S. The latest design would appear to show results in a scrollable carousel format that inevitably includes a paid ad placed prominently above the scrollable local results.

The current state of a typical “local pack” served up from the UK can be seen below: 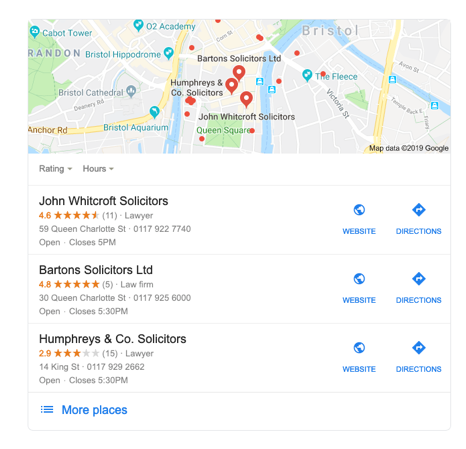 In contrast, there would appear to be at least 3 versions of alternate local packs being tested right now in the US, two of which are pictured below, courtesy of internationally renowned Local SEO guru Mike Blumenthal:

As the new carousel only displays one-and-a-half local results until a user scrolls through, listing impressions for even the 3rd place listing must inevitably drop as a result of typical user behaviour patterns.

Here we can see a carousel that also displays an ad: 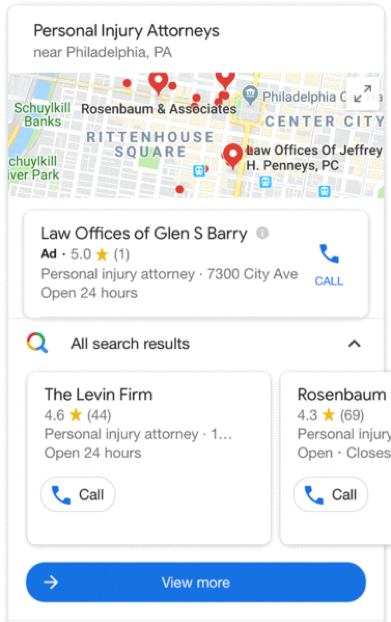 The new format is still in the testing phase and has not yet appeared in Europe as far as we know. It remains to be seen which industry categories might be affected by these changes or when we can expect them to roll out in the UK, and with what features and options enabled. One thing is for certain, however. Nothing about the local pack has remained static for long and Google seems determined to winnow down the displayed results, while simultaneously increasing the exposure for their own paid marketing streams.

The short video below provides a closer look at the new carousel in action, again courtesy of Mike Blumenthal. Mike lives in the States but took time out of his very busy schedule to document these new features for us that are currently only accessible from there.

The team at Conscious will monitor these developments and keep our clients informed as and when any new features roll out officially.