According of Ofcom, 57% of the UK population used their phone to access the internet at the beginning of 2014[1], this is expected to have increased over 2014. Of those, 54% search on their smartphone every single day.[2]

Google has addressed this by prioritising and labelling websites that are mobile friendly in their search results to encourage website owners to build responsive websites that are easy to use no matter what device a person is using.

I expect the ranking signal that prioritises mobile friendly sites will become stronger over the next year as the number of searches done on mobile devices increases.

Things used to be so easy when people only used their desktop PC to browse the internet and buy things, but now with the average household owning 3 internet enabled devices it has become harder and harder to track user behaviour. How do you track someone who researches a product using their phone on their lunch break, carries on researching on their office computer and then buys the product on their laptop at home.

Traditionally, this would have shown as three different visitors with only one of them buying, when this is in fact not true. Enter Universal Analytics, using this you can track visitors in Google analytics across multiple devices. Universal Analytics is the future of analytics and can provide very useful data that Google Analytics could not previously provide. Over the next year sa people own more devices, this data will become even more useful.

Penguin is the animal (or algorithm) that every SEO has learned to fear, with it’s extremely harsh penalty for older SEO practices and it’s very long recovery time, many webmasters who were hit by this penalty often find it easier to start a whole new site than fix their old one and wait for it to recover.

Google is aware of the many issues that the Penguin algorithm has, and that it can often hit websites that did not know they were doing anything wrong, so they have said that they are currently working on making it better by making it more fair and refresh more often, a move that will be welcomed by many people in the industry. It is likely that as the algorithm is refined and as Google adds more computational power, we will see more regular refreshes, exactly as we saw with the Panda update.

Over the last few years, Google has steadily been using local search for more and more queries. This started off with obvious local queries (e.g “law firm in Bristol”) but is now used for most queries where you are likely to be looking for a physical address.

With the rise of more and more people searching from mobile devices, local search can only continue to grow, making investment in SEO important for businesses that previously did not have to think about it, such as bricks and mortar business.

Google has been pushing it’s voice search for a while now, but this year it has become good enough for them to start marketing the feature to consumers as you can see in the below advert that you may have recently seen on TV.

Voice search will become even more important as more consumers start using Google search on non traditional devices such as smart watches and TVs that do not have a keyboard to type on.

Eventually, voice search will help to end the “keyword centric” approach to SEO as people begin to search conversationally instead of through keywords. People’s search queries will become long-tail, thus making the keyword data almost useless.

In July 2012, Google released the first version of Google Now as part of Android 4.1 Jelly Bean as a way of proactively giving users information that Google thinks they will need.  The initial versions started with simple information from your email inbox such as notifying you when your flight has been delayed or a package that you ordered has been delivered.

Google is continuously adding more features to Google Now, including recommendations for places to visit based on your location, public transport information and even TV show & film recommendations.

As Google becomes better at predicting what you are looking for it will be more important than ever that your site is set up correctly for local search to take full advantage of Google Now recommending that users visit your business.

Keyword data has been lacking for a while now, since we first started seeing the dreaded “not provided” in the Google Analytics keyword reports back in 2011, but I believe that the final nail in the coffin for keywords is Google removing the ability to use exact match keywords in adwords. This means that SEO’s are no longer able to find out how many users are searching for a given exact phrase, other closely related phrases will be included. Despite this, many SEO’s still focus on rankings for given keywords, even though they are no longer a good metric of the success of a campaign. Going in to 2015, SEO’s that continue to work purely with keyword rankings in mind will be missing out on valuable insights as to the success of their campaign.

Wearables, such as smart watches, are the newest way of interacting with search engines. Google was the first company to release a viable smartwatch platform called Android Wear and search is heavily integrated in to the platform. The devices use Google Now, which I discussed above and voice search. Industry analysts expect the market to increase to 91 million devices next year and Apple is expected to release it’s version of a smart watch. These devices will make local search optimisation even more important as they will be mainly used for simple, local based queries such as “where can I get pizza?”.

The knowledge graph, which shows the answer to a user’s query straight in the search results, was introduced back in May 2012. It is a controversial feature, as it takes away traffic from the very websites that it uses as it’s sources.

Google has been using the knowledge graph for more and more search queries and does not intend to stop, despite protests from publishers as Google argues that the purpose of their search engine is to provide users with the answer that they are looking for, not provide traffic to websites. Google has already said that they want search to be like the star trek computer but where does that leave publishers? 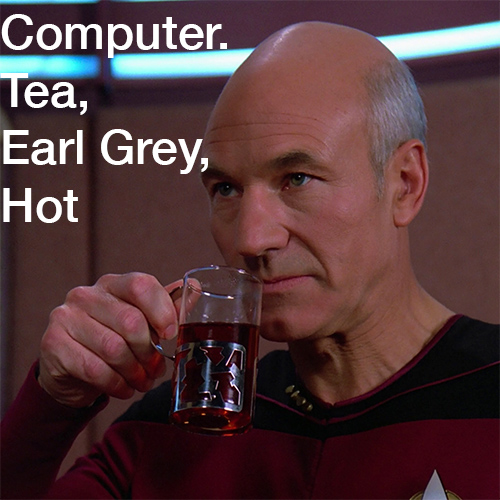 I predict that Google will eventually have to come to some sort of agreement with publishers to use their content in the knowledge graph, otherwise publishers may soon stop Google from indexing their content. Perhaps this could be done through micropayments.

Google has been receiving a lot of criticism about privacy lately, especially after the leaks showing them working with the security services for various countries. To counter this criticism, Google has been improving privacy and security for users. What does this mean for SEO’s? Less data that we used to take for granted! The main thing affected was keyword data which has been slowly disappearing and more and more searches are are encrypted, which is great for users but makes our job more difficult! Another SEO related change that Google has been pushing is HTTPS, a few months ago HTTPS was introduced as a ranking factor. While this effect is currently only minor I expect it to become a larger ranking factor as the year goes on and more webmasters adopt HTTPS due to user demand.