A lot of usage now comes from mobile devices and all those have modern browsers (mostly Chrome or Safari), plus a large proportion of desktop users have also opted for Chrome or Safari. All these modern browsers are aggressive in encouraging people to upgrade when that's necessary so web designers can be confident that this proportion of users all have very capable browsers.

To get hard data for you we've taken a representative sample of 10 UK law firms and looked at the proportion of people using each browser. The firms in our sample range from large to small and city-centric to village-centric but they all have modern sites - we've then calculated a weighted average:

The points in this that stand out for me are: 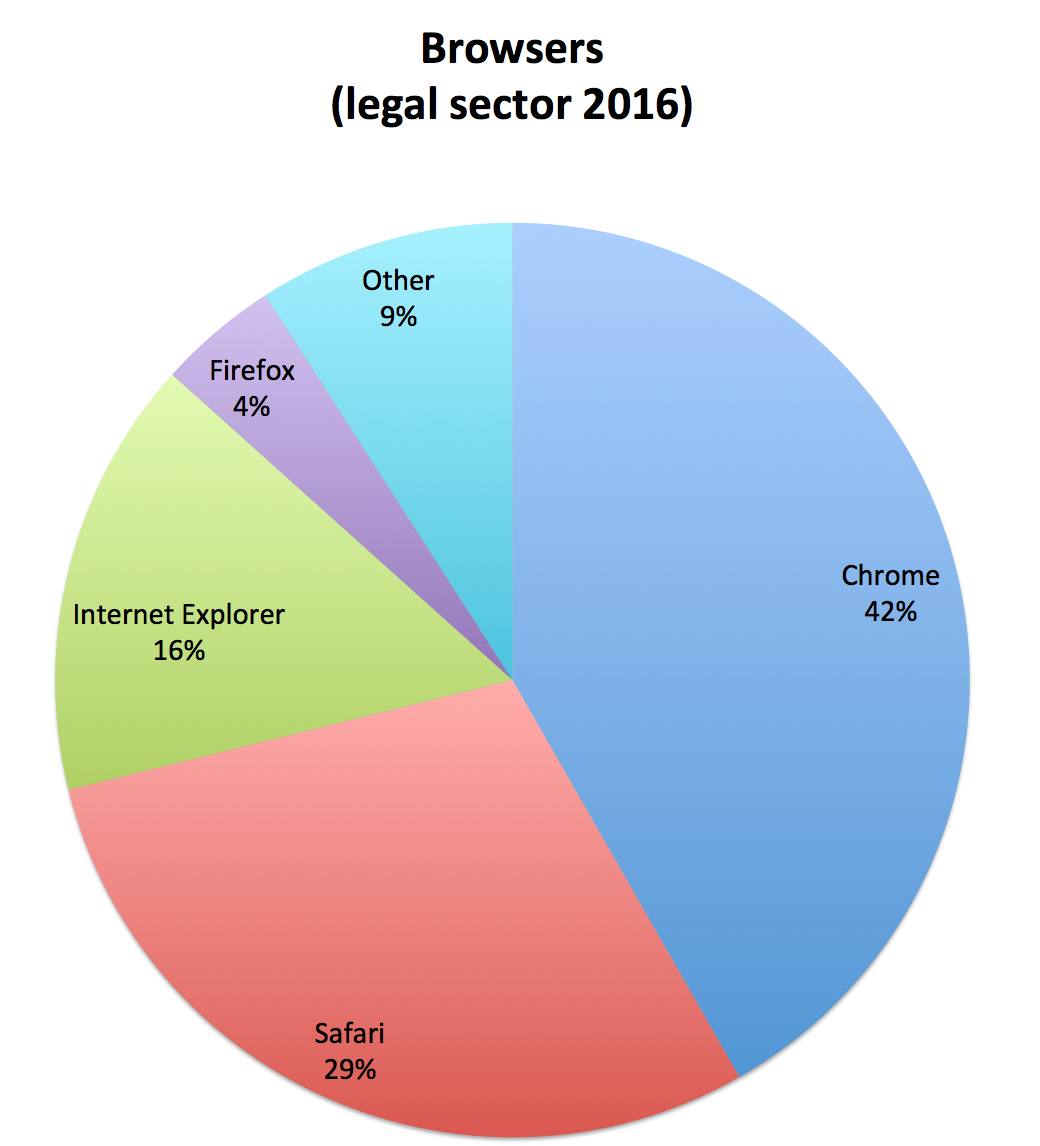