Last night we were pleased to attend the Commercial Litigation Networking evening at The Crowne Plaza Hotel, Blackfriars, London.

The evening was supported by a range of suppliers to the legal sector including our selves and Kain Knight.  Over 100 people were entertained by the Ashurst band and for those that like them, the Oyster Meister was dishing up fresh oysters as fast as people could swallow them (whole generally!!).

A raffle was held on the evening to support The Lorda€™s Taveners and on their behalf Ryan ten Doeschate attended for a Q&A on his career and the wider cricket scene.

The prize we donated for the evening was a jeraboam of Verve Clicquot champagne which was won by the team from Clyde & Co. Collecting the prize were Amy Bonner, Brenda Kinney, Victoria Flower and Scott Sweeney. 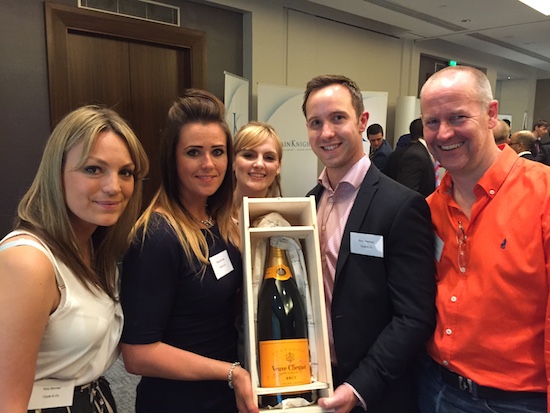